The present tense in German (Präsens) 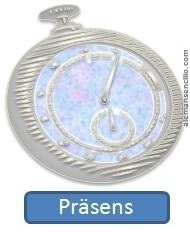 Use of the Present

For the normal conjugation the verb stem does not change for any of the persons and different endings are added depending on the person.

For example, we show the conjugation of the verb: "leben" (to live) with the different endings in bold:

Inserting "–e-" between the stem and the ending

If the verb stem ends in:

An "–e-" is inserted between the stem and the ending so that pronunciation is easier.

For example, let’s see the conjugation of the verb "arbeiten" in the present:

For example, the verb "sitzen" (to sit) in the second person would have to be "sitzst" but this is impossible to pronounce. That is why it loses an s and ends ups simply as "sitzt".

Verbs ending in –eln such as klingeln (to ring (the doorbell)) lose an e on occasion in the 1st person singular. You also have to keep in mind that the 1st person and the 3rd person plural are formed with –n and not -en

Conjugation of verbs ending in "-ern"

The present in colloquial language (Umgangssprache)

It is very common in spoken language, and sometimes in written language, to remove the e ending of the 1st person singular:

A common error (among Germans) is to write this contraction with an apostrophe: "ich leb’" or "ich hab’".

Main article: Use of the apostrophe

The verb sein (to be) is irregular in all of its conjugations:

The modal verbs and the verb wissen are irregular in the first three conjugations:

The other strong verbs are only irregular in the 2nd and 3rd person singular forms. For example, let’s look at the verb sehen:

In German the present continuous tense is formed with the particle "gerade". This particle makes the action sound like it is taking place at this very moment. "Gerade" is the equivalent of the gerund form in English.

Take a look at these 2 phrases:

When the subject is not important and you want to emphasize the direct object, the sentence is constructed with the passive:

The present passive’s structure consists of [ werden conjugated in the present] + Partizip II.

If the sentence in the active voice is:

The equivalent sentence in the passive voice would be: