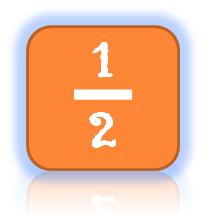 The decimal numbers are not quite the same in German and English because a comma is used instead of a point.

In some countries like the USA and Mexico, the decimal sign is written as a point and, although decimal sign in Germany is officially a comma, sometimes you hear the literal translation in German:

Prices are expressed with letters in the following way in German:

To show that a number is positive/negative, the words plus/minus are put in front of it.

The cardinal numbers are not declined with the exception of 1, 2 and 3.

Ich habe eine Lampe
I have a lamp

An example of weak declension (given that the article "der" comes before the ordinal number in the genitive):

To supplement this glossary, we recommend you watch a video: